How To Install VirtualBox on Recent Versions of macOS


VirtualBox is 3rd party, open-source software developed by Oracle that allows you to run "virtual machines" on your Mac. A virtual machine is completely independent computer that runs inside your Mac. VirtualHostX uses VirtualBox to install and run an Ubuntu Linux operating system on your Mac. Ubuntu is a popular operating system used to power millions of web servers around the world. This allows us to run a web server on your Mac that works exactly like the "real" web server you eventually upload your websites to.

In order for VirtualBox to work, their installation program needs to install something called a "kernel extension" (or "kext") on your Mac. This allows the app to hook into the lowest levels of macOS and do the magic necessary to run virtual machines on your system.

Because kernel extensions have such deep access into your Mac's system, you have to make sure you're only installing them from trustworthy developers. To help with this, in recent verisons of macOS (beginning with High Sierra), Apple requires you to explicitly approve new kexts before they can run. Unfortuantely, like much of Apple's recent security theater improvements, the process to grant your approval is not straight forward.

When you run the VirtualBox installer, macOS is supposed to show a warning message as shown here: 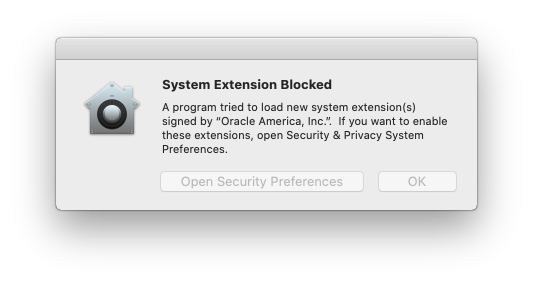 Unfortuantely, if you miss seeing that alert the first time it is shown, it is never displayed again.

You'll need to follow these steps to grant your approval: 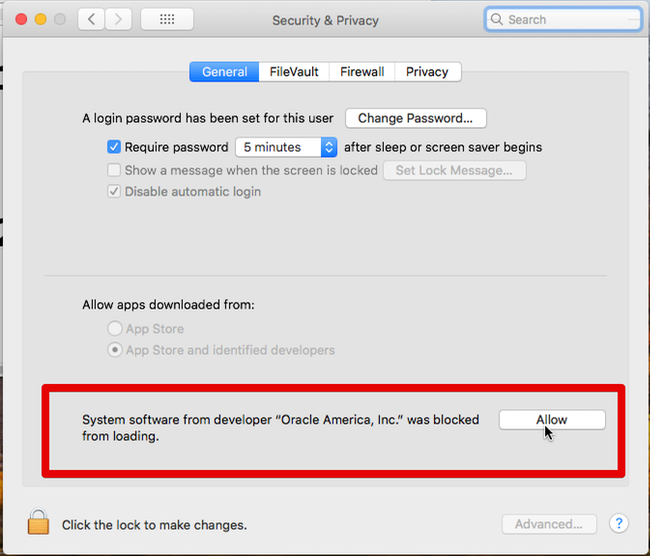 After you approve the kernel extension, you may need to re-run the installation program again. You can do this by choosing "Re-install Helper Software..." from the VirtualHostX "Help" menu.

Making matters worse, you may need to also restart your Mac after this whole process is complete to make sure VirtualBox's new kernel extension is properly installed.

I truly wish this process were simpler and more straight-forward. Recent versions of VirtualHostX Pro have gone to great lengths to make the installation process as easy and reliable as possible. But, still, for a small percentage of users, it's a royal pain.

While I agree with Apple's renewed focus on securing the Mac for novice users, for customers like yourself who have a better idea about what they're doing, it would be wonderful if there were an "expert mode" setting that allowed you to tell Apple to allow software such as this. But until this happens, you'll need to follow the instructions above. I encourage you to provide your own feedback to Apple directly.